Every article introducing NoSQL usually starts by explaining that the term is a misnomer, as it really stands for "Not Only SQL", etc... And back in 2014, some analysts predicted that "By 2017, the "NoSQL" label will cease to distinguish DBMSs, which will reduce its value and result in it falling out of use." This was pleasing news for traditional DBMS vendors, and also "multi-model" vendors.

For sure, we've seen some convergence. RDBMS vendors all allow storage of JSON documents, and MongoDB has recently announced support for multi-document transactions with ACID transactions.

But full convergence and the disappearance of NoSQL would not be such a good thing for users. Incumbents might like it if the buzz about NoSQL levels off. But it seems in the interest of NoSQL vendors to maintain a striking differentiator, while demonstrating their maturity as enterprise solutions. The term "NoSQL" carries tremendous marketing power, and vendors would be foolish to stop leveraging that.

After that, the situation resembles the debate of best-of-breed versus integrated platforms, ranging from hi-fidelity sound systems to ERPs. There will always be fervent proponents of each philosophical approach. The only question is: do you want the right tool for the job? For companies that have adopted NoSQL, few today use just a single database technology. They may use one platform for operational big data, another one for search, yet another for caching, and one more to power their recommendation engine.

Enterprises are embracing more and more a variety of best-of-breed NoSQL solutions to solve their specific challenges. They want proper data governance for their unstructured and semi-structured data, particularly in the context of GDPR and privacy concerns. They need a single tool to perform the data modeling of the top NoSQL vendors with a powerful and user-friendly interface. Hackolade provides just that: 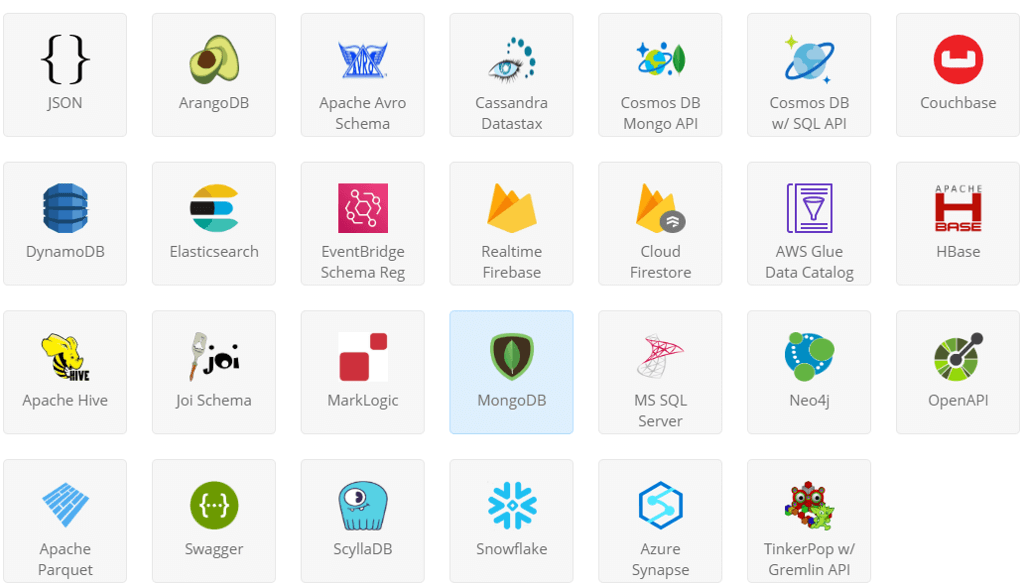